The article discusses the definition of the concept of information, as well as the specific features of its reception, processing and transmission. In addition, the quality of the illusory perception is considered.
Key words: form, meaning, information, perception, information metabolism, subject.

The results of an experimental investigation of the trait “democrats / aristocrats” are described. The investigation was carried out by the method of resonance groups, i.e. performing the same tasks by different groups. The experts quantified the individual characteristics of the participants during the group work. Then the results were statistically processed. The practical application of the featurein the solution of team building is described.
Key words: socionics, Reinin traits, aristocrats, democrats, quadras.

This article develops Jung’s compass idea. But the poles of the proposed “Socionic compass” are indicated by not the names of Jung’s functions. The graphic symbols of the quartettes of socionic types are used. These quartettes are grouped according to the principle of similarity of the first functions. One of the quartettes includes all the intuitive types according to the first function. On the opposite pole, there is a graphic designation of the quartette of the sensory types according to the first function. The symbols of the quartettes of logical and ethical types according to the first function designate the two remaining poles of the “Socionic compass”. Using the proposed infographics, all elements of the group of intertype relation operators were obtained, as well as all elements of two 16-element groups of central dichotomies of the socion, having a common 8-element subgroup. For the elements of the named groups, formalized designations are used, which ensure the ease of performing binary operations in these groups.
Key words: socionics, infographics, group of intertype relation operators and its subgroups, binary operations, groups of central dichotomies of socion, Augustinavichute – Reynin traits, Jung – Minaiev traits.

The urgency of early socionic diagnosis of children has been substantiated. The account of age characteristics when choosing an approach to typing is described. Specific teaching materials are proposed that can be applied to different age groups of children.
Key words: socionics, typing techniques, socionic diagnostics of a child, questions for typing a child, pictures for typing a child. 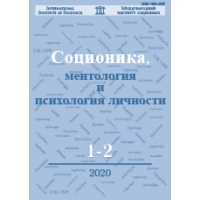 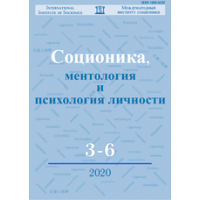 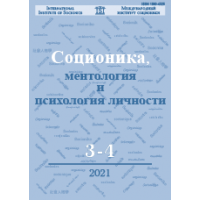 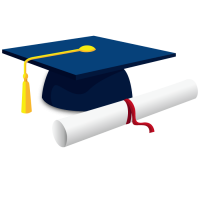 Registration of a bachelor's degree

Before paying this fee, make sure that all the conditions for obtaining a bachelor's degree are met:..