On the possible quantum nature of consciousness and psyche

The possible nature of consciousness and psyche and their correlation with known neurophysiological processes and structures are considered. A review of a number of work shows that the processes of consciousness and thinking are adequately described only with the application of the concepts of quantum mechanics, which leads to questions about the quantum nature of mental processes and consciousness. Since the neural substrate can not provide the manifestation of quantum processes, there are proposed the concepts of consciousness in which neural structures associated with the other having a quantum nature and conjugated with neurons. The emergence of such concepts is also associated with the existence of living and working people who have no more than 10% of the brain. Cases of life of people with completely degraded neuronal structures of the brain are also given. Proceeding from these facts, the author proposed a new hypothesis in the form of the concept of quantum biological structures as condensates with superfluidity properties formed by light elementary particles. The properties of such structure that interacts with the molecular structures of a living organism correspond to all known manifestations of consciousness and psyche. The proposed hypothesis has verifiable experimental consequences.
Key words: neurons, psyche, brain, quantum mechanics, consciousness, quantum condensate, superfluidity, quantum thinking, organism, living physics, synergetics.

Conflicts in intertype relations: causes and resources for overcoming

The key causes of conflicts in interpersonal relations and the role of socionics in their understanding and resolution are described. Methods of dealing with conflict situations are proposed.
Key words: relations, communication, conflict, psychological distance, socionics, intertype relationships.

It is shown that for the types belonging to the “left” social progress loop, the initial assessment and the choice of a dual partner will be more difficult than for the types of “right” loop.
Key words: socionics, dual relations, psychology, “right-left” trait, signs of functions.

Visualization of structure of classical intertype relations in socion

This article is the eighth in a series devoted to organization of student studies, where they will learn mathematical apparatus of socionics. This time, it will be about using the Cayley graphs to visualize the structure of classical intertype relations in socion.
Key words: socionics, classical model of intertype relations, Cayley graphs, socion structure formulas, Augustinavichiute-Reinin traits, Jung-Minaiev traits. 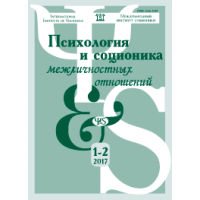 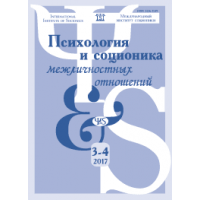 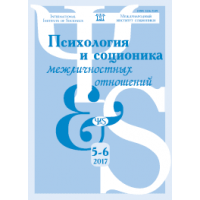 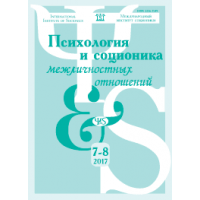 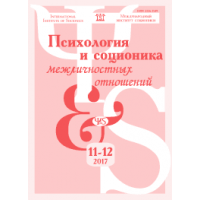 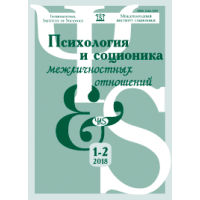