The creation of the socionics notation

This article continues the dialogue of the authors about the mathematical apparatus of socionics. It is shown what ideas from the book by G.R. Reynin led to the creation of the new socionics notation as a result of its development in the articles by Yu.P. Minaiev. This system consists of two coordinated subsystems. The first subsystem contains the notation of intertype relation operators, and the second is formed of the designations of 23 socion central dichoto-mies and the so-called identical section. The new socionics notation makes it easy to perform binary operations in the corresponding groups without resorting to the use of bulky tables. Such an improvement in the mathematical apparatus of socionics made it possible to formalize obtain-ing conclusions in the field of this scientific direction.
Key words: socionics, groups of socion central dichotomies, bipolar traits, Augustinavi-chute – Reynin traits, Jung – Minaiev traits, classical intertype relations, a group of classical in-tertype relation opera-tors and its subgroups.

Tips and tricks for memorising the base of the socionics.

Visualization schemes are given for the convenience of memorization and systematization of some Reinin dichotomies and small groups.
Key words: Socionics, aspects, Renin’s dichotomies, type of information metabolism, small groups.

Intuitive-logical extrovert and the period of self-isolation 2020

This article explains and reveals the reasons for the subjectively easy perception by Don Quixote (ILE, IL) of an objectively difficult period for many.
Key words: socionics, model A, semantics of aspects, Intuitive-logical extravert, pandemic, Covid 19 virus..

In the article the substantiation of the leading part of gene cluster the MHС on a chromosome 6 in_x000D_ the control over a structure and brain function, in formation of skeleton of mentality and a social orientation of the individual, his appearance immunity and body smell is continued.
Key words: socionics, diagnostics of TIM, heredity, chromosome 6, gene cluster MHC.

The multifaceted images that a person creates are not limited to the information he sees or hears. In front of him can open doors to such spaces of the subconscious, of which he even could not think. This opens up great opportunities for man. He is able to create, invent something that has not been in history. But after all for transformations the special skill helping to turn imaginations into reality is necessary. This ability manifests itself in different ways, for example, dreams, hallucinations and dreams as forms of imagination-an integral part of the life of any person.
Key words: sleep, dreams, hallucinations, reverie. 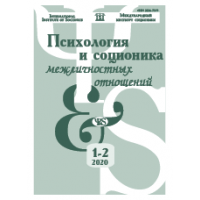 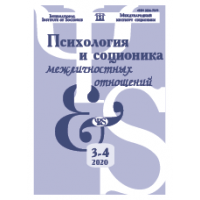 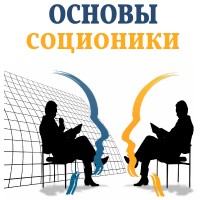 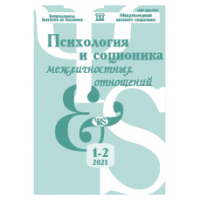