On the interrelations of the Reinin traits and A-model

The issues of increasing the theoretical validity of diagnostic tools through the study of the logical relationships of the model at various levels are considered. The classification of signs is indicated and the ways for further work on increasing the theoretical validity of signs are outlined.
Key words: socionics, Reinin traits, A-model, modeling.

Model of EII in self-observation

In the article there are collected self-observations by EII (ethical-intuitive introvert, RI) on the work of the TIM model. The operation of functions is described in terms of the following parameters: dimension, sign, mentality-vitality, block. Observations were carried out for several years, for the author this period was associated with a gradual approach to the Ego block (changing the profession to actively including the Ego block, close communication with the dual TIM, PS).
Key words: socionics, quadra, Delta, model of TIM, EII, ethical-intuitive introvert, dimension of functions, signs of functions, mentality, vitality, function block.

In this article the question, «How to determine which of the groups of sections of socionic sets deserve closer attention of researchers?» is discussing. Significant cases that require to go beyond the frameworks of the well-known Augustinavichiute‒Reynin group of traits were considered.
Key words: socionics, classical intertype relations, groups of central sections, bipolar traits, Augustinavichiute‒Reynin traits, Jung‒Minaiev traits, cosets, factor groups. 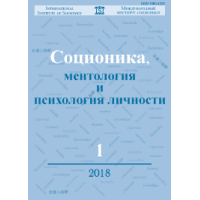 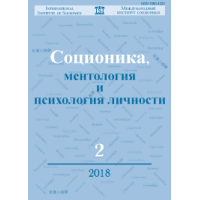 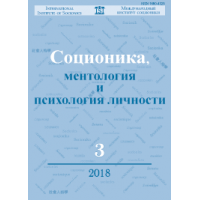 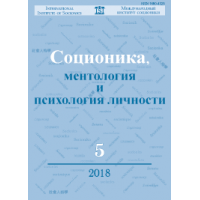 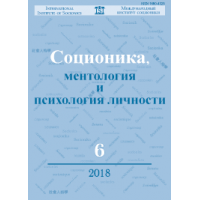 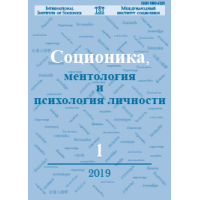 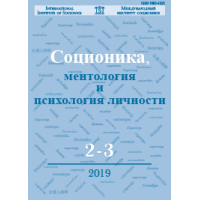